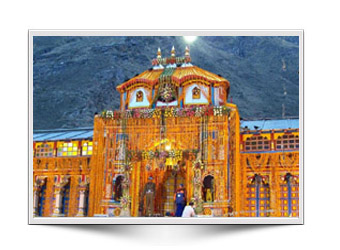 Budget and reliable Chardham Package with Car rental, taxi rental and also budget hotel booking for Chardham yatra make a wonderful tour in Uttarakhand, only with approved tour operator Chardham Tourism. Uttarakhand, one of the holiest places in the world and also a place that is to be visited. Glorifying state of Uttarakhand renowned for the pilgrimage of Lifetime known as “Chardham Yatra- चारधाम यात्रा”. This Yatra is also renowned among the Hindu Pilgrims and world as Chota Char Dham. Dev Bhoomi, Tapo Bhumi, Land of Sages is among some of the names to which the state is known. It houses numerous majestic and divine shrines, temples, and places. The adorable state possesses a distinct place for its culture, natural beauty, spiritual sentiments and rich traditional not only in India but also in the whole world.  People of this divine state are too much attached and devoted to their religious beliefs. We also offer some cheap rates for Chardham Yatra.

The Chard Dham Yatra  – All about Chardham Dhams 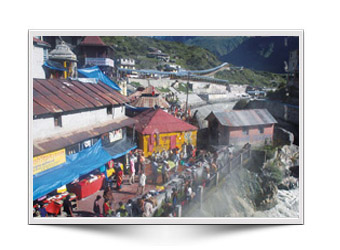 Badrinath is located 3,133 m above sea level in Chamoli district of Uttarakhand. The temple is one most important shrine among the Char Dham Pilgrimage sites & also highly revered among the Panch Badri. Badrinath is all things spiritual and beautiful. Badrinath or Badrinarayan Temple is also one of the 108 Divya Desams dedicated to Vishnu, and thus an important pilgrimage for Vaishnavites. The temple opens its doors for Darshan in May and is open till the month of October. The main temple site is surrounded by hot water springs and gushing river underneath giving this temple a personality of its own. Owning its name from the Badrinath temple, as you make your way to this town, you will be joined by a number of pilgrims. Badrinath is settled in the Chamoli district of Uttarakhand and is one of the most important pilgrimage sites in Uttarakhand which marks the end of the Chota Char Dham. It is mentioned in Bhagavata Purana that at Badrikashram (means Badrinath), the sages Nara and Narayana had been undergoing great penance since time immemorial for the welfare of all living entities. This religious town is situated between Nar & Narayan Mountains on the bank of river Alaknanda. There are a few legendary believes associated with this sacred place. 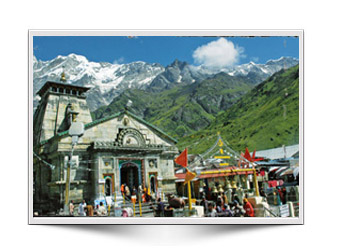 Kedarnath Dham is one of the holy twelve Jyotirlingas of Lord Shiva and is amongst the holiest pilgrimages for the devout Hindu. According to Hindu mythology, there are 12 Jyotirlingas. Kedarnath temple is the highest of them all. Kedarnath is one of the major 4 sites of Char Dham yatra. Kedarnath Ji temple is located in Rudraprayag district in Uttarakhand state. It is set amidst the stunning mountainscape of the Garhwal Himalayas at the head of the Mandakini River. Kedar is another name of Lord Shiva, the protector, and the destroyer. Shiva is considered the embodiment of all passions – love, hatred, fear, death, and mysticism which are expressed through his various forms. Set at an altitude of 3580 m, in Uttarakhand, this pilgrimage site holds immense religious importance for Hindus. Every year devotees from all over the world undertake the yatra. Chardham Tourism brings you Divine Kedarnath Dham Yatra tour package with Guptkashi, Sonprayag, and Rishikesh. Embark on Kedarnath Yatra and seek the blessings of Lord Shiva. Gauri Kund is another religious place on the way of Kedarnath and which is believed to be the birthplace of Lord Shiva’s son Ganesha.

One of the major destinations among the four Char Dham pilgrimage areas in Uttarakhand, Gangotri is the holy abode of Hindu river goddess ‘Ganga’. One of the four sites in Chota Char Dham, Gangotri, the origin of the River Ganges and seat of the goddess Ganga, is a town and a Nagar Panchayat (municipality) in Uttarkashi district in the state of Uttarakhand. Elevated at 3753 meters (12,313 ft) on the Greater Himalayan Range and situated on the Banks of the river Bhagirathi, it is 105 km from Uttarkashi. The history of Gangotri is associated with Hindu mythology. After the severe penance of Bhagirath, river Ganga transformed herself into a river to dissolve the sins of King Bhagirath’s forefathers. Gangotri also has a strong historical past and bears the eternal feel of antiquity. According to mythological records, King Bhagirath did penance here, after which, as per Lord Shiva’s wishes, River Ganges came down on earth. However, to save the earth from the fierce force of the river, Lord Shiva held her in his locks. Thus, river Ganges is also known as Bhagirathi here. Moreover, it is also believed that Pandavas came down to this place to perform Deva Yajna. The Gangotri Temple was built by a Gorkha Commander in the early years of the 18th century. The temple is situated at a height of 3042 meters and radiates a religious aura. The stream of river Ganga that originates from the Gangotri glacier is known as Bhagirathi. It picks up the name river Ganga after the river passes Devprayag and merges into the river Alaknanda. 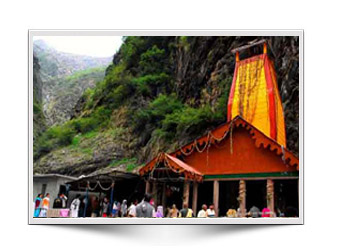 Yamunotri is the first and westernmost stop of the religious pilgrimage of Char Dham yatra. It is located at the foothill of the Kalind Parvat at a height of 3185mts. Situated in the western region of the Garhwal Himalayas in district Uttarkashi and perched at a height of 3,291 meters, the Yamunotri Dham Yatra is an essential part of the Chota Char Dham Yatra pilgrimage. The presiding deity in the temple is represented in the form of a black marble idol of Goddess Yamuna. The source of the Yamuna is a frozen lake of ice on top of Kalind Parvat at a height of 4421mts and is not accessible. The Yamunotri Temple is located in the Garhwal Himalayas of Uttarakhand. It is the source of the Yamuna River. It is located in the North of the district of Uttarkashi in Uttarakhand. This temple has an elevation of 3,293m. This mighty temple, situated in the abundant and charming mountains of Garhwal really mark significant importance to Hindu devotees. Know more about Yamunotri Yatra. There are many hot water springs at Yamunotri and the most important one is Surya Kund. You can cook rice or potatoes in the hot springs if you tie them in a bag and dip it in the Kund for some time. This food is then taken home as Prasad. The Pandas of Yamunotri are friendly and helpful. They are also the Pujaris of the temple.